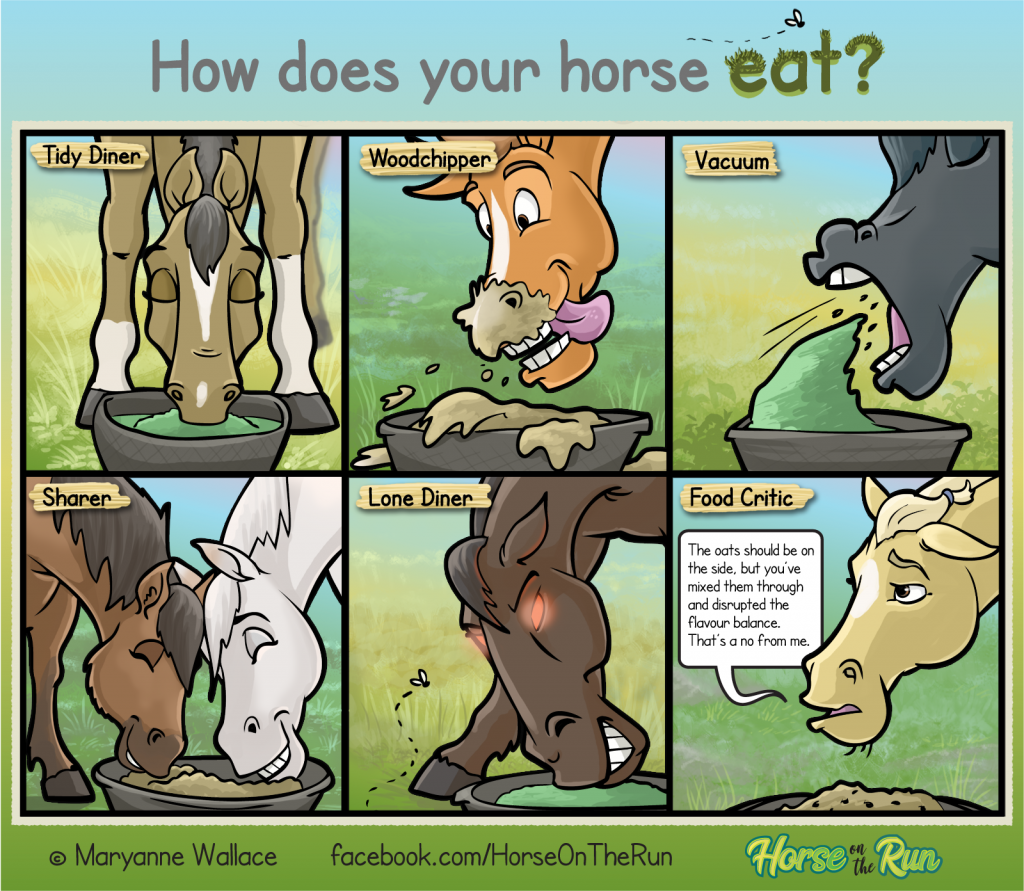 Maryanne’s musing: My horse Jackson is a woodchipper. He’s the messiest eater despite having his teeth routinely attended to. There’s always a fallout zone of food around his feed bowl (much to the delight of various birds). My other horse Halo is a magician at making food disappear. He doesn’t even seem to chew. When we’re out on a trail ride he takes advantage of the slightest slackening of rein to barge over to the nearest clump of grass.

I started thinking about all the other horses I know and their different eating styles. This illustration was the result 🙂 The labels changed a bit as I worked on the pic. Vacuum was originally “inhaler.” The hardest part was probably figuring out where the Lone Diner’s legs would go. I sketched out the pic originally with 6 squares. It might have been easier if I drew 6 separate pictures and cropped in.