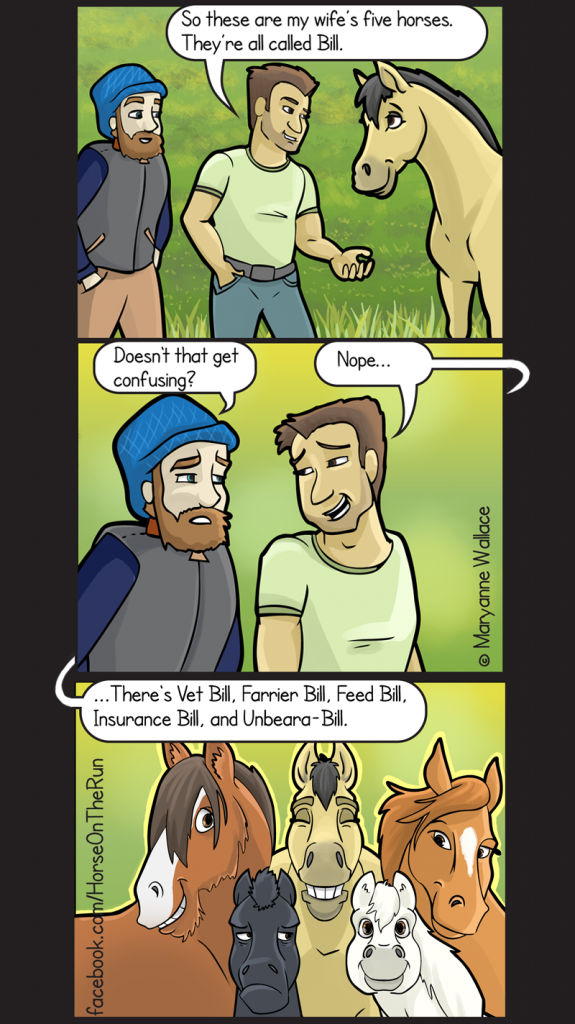 Maryanne’s musing: Partway through doing the linework for this one I thought the punchline could change to having their names as UnbearaBill, IrresponsiBill, AdoraBill etc. I almost made two separate versions but then I felt I had to pick one. So I went with my original idea and tacked on Unbeara-Bill 🙂 Hope it gives you a laugh 🙂
I only have 2 horses, but they sure can spring some unexpected bills on me sometimes. A few weeks back, poor old Jackson (going on 29 years old) had a sore eye. I got the vet out and he was prescribed two eye drops and an eye gel. He had things put in his eye three times a day. He lives on agistment so I was clocking up some kilometres in the car. Luckily he was a very gracious horse about having me poke him in the eye with treatments.